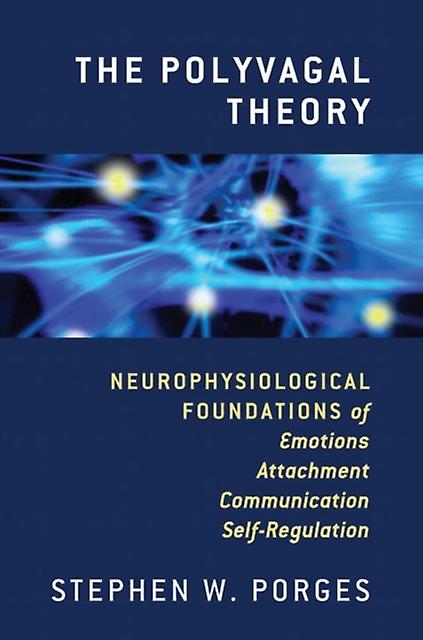 The Polyvagal Theory gives a thorough overview of Stephen Porges’ research and theoretical contribution to science. I was quite intrigued by the opportunity to review this book since references to Porges are found regularly in attachment, attention, temperament, and emotion research. Orienting oneself to the book is easy, as the book chapters have clear headings and a summary at each chapter’s end.

The early chapters acquaint one with research and general information about the vagus nerve. The book outlines the function of the vagus nerve anatomically, physiologically, developmentally, and in evolutionary terms. The vagus nerve is a complex bidirectional system that regulates homeostasis and associated responses to environmental challenges (i.e. stress). The core research model presented here is the ‘vagal brake’, a moderating factor that maintains homeostasis, acting as early as infancy. Porges argues further that the mammalian development of a myelinated vagus is a key component of social and internal regulation.

In examining infant development, Porges argues that vagus nerve fibres are key to developing many aspects of regulation, taking the reader from an outline of the anatomy of tracts, to a hierarchical model of self-regulation. Most intriguing for clinicians is his discussion of assessing vagal tone using respiratory sinus arrhythmia (RSA). In one such study, RSA of infants at nine months were measured during sleep and then in the presence of specific stressors while awake such as feeding, attention-demanding tasks, and coping with emotions. This crucial experiment contributed to understanding how vagal tone can be a functional mechanism for infants in coping with stress.

In this book there is further discussion of the vagal nerve’s involvement in emotion, attachment, and social engagement, including the anatomical basis for the vagus nerve’s role in limbic defensive strategies. Porges postulates that mammalian attachment is associated with an evolved increase in vagal tone in safe situations. This keeps stress responses dampened in the young, thereby enhancing exploration, socialization, and learning.

Porges goes on to discuss several disorders, including autism, and borderline personality disorder (BPD) as well as abuse, considering all from an anatomical and physiological perspective. While BPD and abuse are also examined from clinical studies of RSA, the section on autism is more speculative.

Stephen Porges’ book requires effort for clinicians. Teachers and researchers are more likely to wish to read it, though it is an important foundational book. Research on the vagal nerve and other aspects of the parasympathetic system is expanding in many areas of medicine, and Porges’ contribution to this body of knowledge is considerable.

When this happens, it's usually because the owner only shared it with a small group of people, changed who can see it or it's been